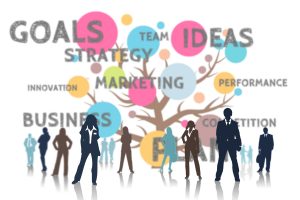 Engaging the Chambers. The action aims at strengthening the cooperation between the city and the chambers and further a proactive role of the latter. The ultimate objective is to enhance and further develop the chambers’ involvement in Munich’s efforts to foster migrants’ entrepreneurship. The City administration, and in particular the Department of Labour and Economic Development, intends to exploit its outreach to migrant communities and support the chambers to better communicate and present their services to this target population so that they can be a driving force in the city.

Strengthening migrant businesses in public and private sector through Supplier Diversity. Supplier diversity is a topic for further development that at first has been brought up in the context of the project DELI – Diversity in the Economy and Local Integration. Since then, discussions and awareness raising initiatives with relevant authorities and stakeholders are taking place with increased emphasis. The attention given to the issue has led a few migrant entrepreneurs to win public tenders, but efforts have to be continued also in regard to corporate procurement.